Originally a member of the Four Horsemen in the Archie Comics, War's origins are a bit muddy in the TF continuity but for the most part he's accurately depicted as menacingly violent and brutal.

Unfortunately that doesn't translate to him being a good character to fight as since most of his tools are severely lacking. He's slow, his jump arc is awkward, his moves can't be canceled to allow for advantageous combos, said moves also have terrible recovery and can easily be punished if allowed the opportunity, his headbutt special technique can only work against airborne opponents on a good day, and for lack of a better word his super attack (The Flyin' Hawaiian Disco-tech Edition) just plain STINKS.

However, with enough determination and understanding of the fact that you've just handicapped yourself against every other character in the game (including another War) you can definitely (kinda sorta) stand a chance. 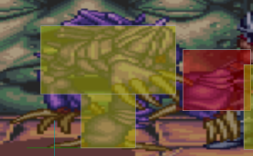 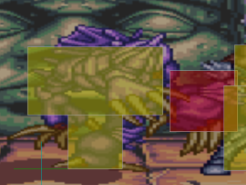 (The Same As His Standing

This normal is a weird one. Since it pushes you so far, it doesn’t see much use in neutral as you’ll lose most of the space you worked so hard for. It is a move that shines as a jump-in follow-up. Since proximity is extended after jumping in, you can get seemingly impossible two-piece combos because of its impressive range. It is one of the farthest-reaching close normals in the game. You can also use this in two-piece jump-in combos when you know it will stun or kill.

Not as fast as you’d like, and the priority is hideous, but it is special cancelable. It sets up a crouching unblockable against Aska, Shredder, and Armaggon when canceled into Mach Slash (Turning Uppercut).

Disappointedly enough, just like crouching light kick, this has NO range. This sets up the notorious unblockable when done after crouching light kick against Shredder, Aska and Armaggon. Oddly enough, during this move’s recovery, its hurtboxes get shifted back a little, allowing some moves like Chest Buster to whiff when timed right.

Crouching heavy punch: Great range, and decently fast. Good for pressure and calling out button presses. When fighting characters with lackluster reversals, or none at all, doing two crouching light kicks into it will not only grant you a good amount of meter, but an alright fake string that is capable of punishing sloppy attempts to escape it and steal your turn.

Fast, but has NO range. Once again good for up-close combat against more aggressive characters. Like close standing light kick, it is capable of beating non-invincible moves on startup. Also not a bad idea to throw it out in neutral against greedy players or throw fishers.

Good scramble button. When used into itself, it won’t combo or string, but is good for calling out sloppy button presses. 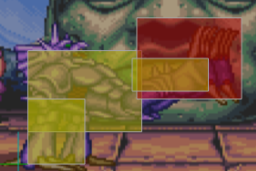 THIS IS A SWEEP, I DON'T CARE WHAT YOU THINK. BLOCK LOW OR DIE.

War’s longest-ranged normal, and one of the farthest-reaching normals (that don’t move the character, of course) in the game. Decent for trading with fireballs when far standing heavy kick is out of range, and an okay poke.

From HoopsTheWaffleBurner: When I get a lucky knockdown, I like to jump over characters with violent forward reversals that aren’t invincible on recovery like Raph’s Chestbuster. Since it doesn’t knock over like it’s heavy kick counterpart, I recommend using it in panic situations like when the opponent is close to being stunned or is almost dead, because keep in mind that you WILL lose space which is good for the opponent and bad for War. If the opponent respects the jump there are a few things you can do as a follow up. These include but are definitely not limited to, sitting there and trying to fish for panic reversals, throwing out some buttons, tick throwing, or simply throwing right after the jump. 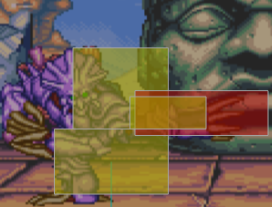 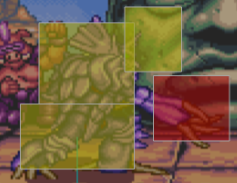 USELESS. It kind of looks like an anti-air, but is abysmal as one. Never use this normal. 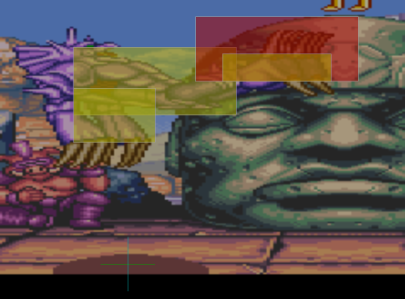 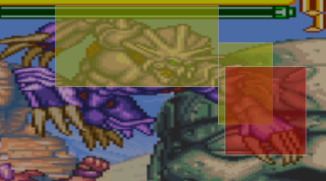 Cool looking punch with a lot of swagger. Unfortunately, it’s mediocre priority isn’t as cool. It’s an okay jump-in button, but keep in mind that you will trade A LOT. This is best used for jumping dizzy punishes. 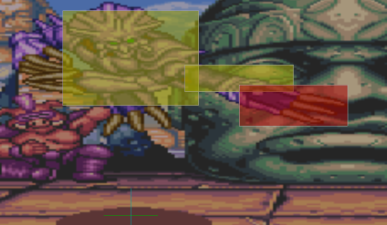 War’s best jumping normal due to its good priority. Because of War’s jump arc, it works as a fantastic instant air-to-air; especially against Wing Nut and Armaggon. When jumping in, this is the recommended jumping normal to use. Because it’s a light normal, it won’t do as much damage or stun as you’d like, but being able to beat and trade with moves makes it more than worth it.

Funny looking normal. It’s capable of setting up corner throws as well as corner unblockables when done as a string into crouching light kick. Despite this, it doesn’t see much use due to its underwhelming priority. Its usefulness is up to interpretation; experiment with it. 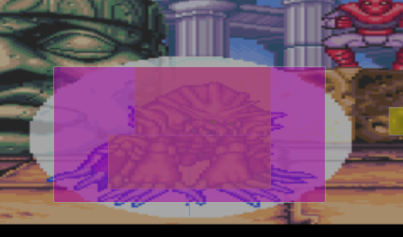 (The Guy Just Becomes A HitBox For A Time) 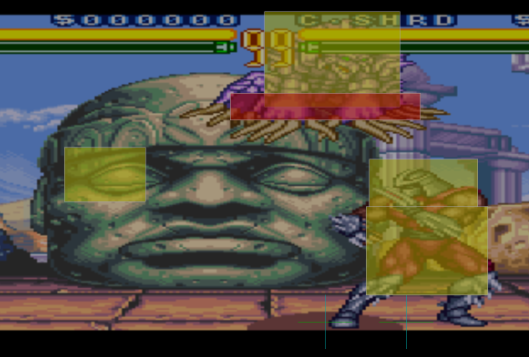 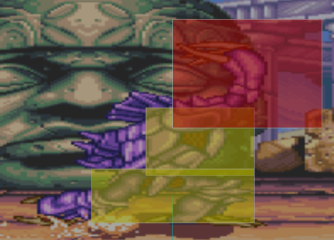 Aight, Real Deal Holyfield Fellas, you're going to have to be creative to stand a chance against some of the toughest Fighters out there and to do that you'll need to exploit the insane quirks of War's moves.Standing

is a Sweep, unbeknownst to any poor sucker going against War and close

) acts as an unblockable on Armmaggon, Aska, and Shredder. who are crouch blocking. Abuse these two attacks to the best of your abilities. In addition, War's pressure is solid enough that you can actually build meter while cornering your opponent into what would seem like a good situation to block in but is in fact an invitation to be punished for practicality. Heavy Pressure,building meter, and impracticality is War's go-to strategy. When this doesn't work, bust out the Flyin' Hawaiian and hope it works (you'll have enough meter because your health will be low, and your health will definitely be low because why else would you be using The Flyin' Hawaiian? How would you have gotten that much meter unless you were winning but then if you were winning you wouldn't bust out the Flyin' Hawaiian now,would you??)

Shoutouts to Kosheh,Rockforge, and the Fellas in the TF Discord for doin' their best,keepin' the brawl lively and jammin