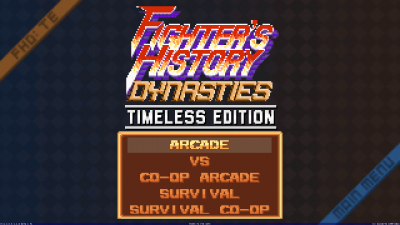 This game is complete, there are currently bug fixes being applied but the public release is available right here for people want to try it out!

M.U.G.E.N. Engine game starring Fighters History and the cast of Dynasty Whyrriors. This game was a team effort between TTTTTsd and Kamekaze/OldEra.

This is a fairly simple game system wise. There are four buttons and you can block and backdash. Normal throws are a direction and a button press. The system may be simple, but don't be fooled! It's difficult to master.

C button - Bring your partner in safely or keep up the pressure! Beware, until your character flashes you cannot tag out again unless use a tag super!

or Z Button - This move is only vulnerable to throws so use to both your advantage and caution!

- Keep your opponent guessing or further at bay with this additional jump!

When an opponent is knocked down you have 14 points to juggle with, tagging out mid combo will add 4 more points.

If you have 2 or more levels of power you can unleash a powerful assault with both you and your teammate! However they probably need to be alive.

By inputting the special command, your otherwise team assault is maxed to its full potential dealing both major damage but ending any and all combos as the price! 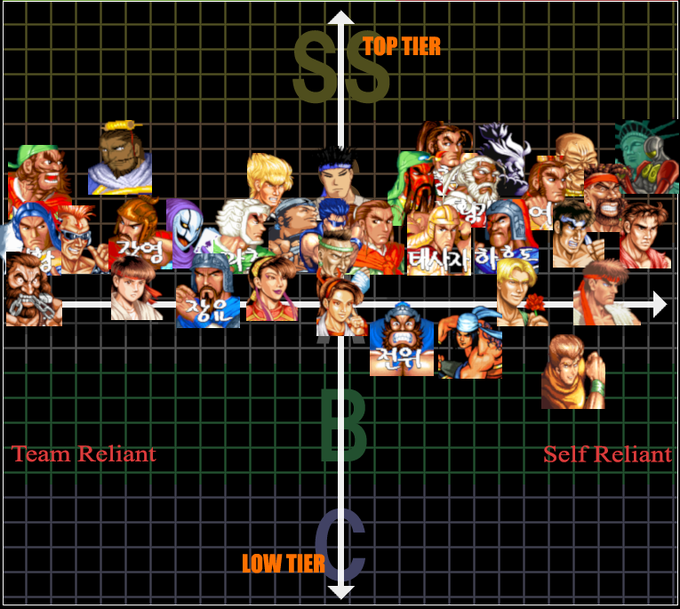