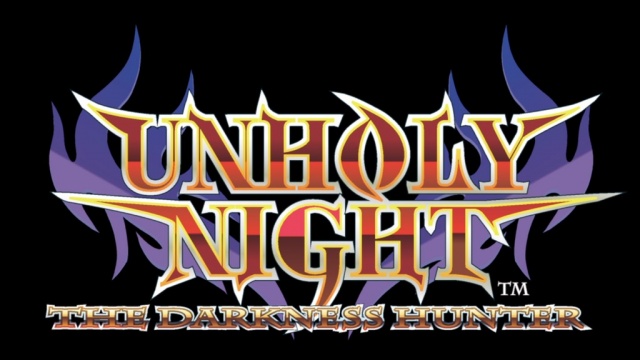 Unholy Night: The Darkness Hunter is a 2d fighting game for the Super Famicom/Super Nintendo released in 2017 (yes, that's not a typo) by Foxbat, a company supposedly comprised of several ex-SNK developers.

In the 'Dragon Palace', a place of sealing powers, is a coffin containing the strongest vampire, Katatonia. Gradually the 'Dragon Aura' of the palace has weakened and is now broken - unsealing the coffin. The world will enter a Dark Era once this immensely powerful being has awoken.

B button - Weak attack (referred to as 'A' attack)

A button - Medium attack (referred to as 'B' attack)

(dashing is possible in the air)

+ any Attack (will use 1 Synchro gauge stock)

+ Attack when near opponent (Manual says only A or B)

motion will just use a super simply holding

during these motions fixes the problem.

(only works on hit)

The Synchro Gauge is a meter which tracks a form of power which can be used for multiple game systems, in particular Supers and Guard Cancels.

Unholy Night is unquestionably Kusoge - a shitty game. Here are some reasons why.